Difference between 3G, 4G LTE and 5G VoLTE: What it all means 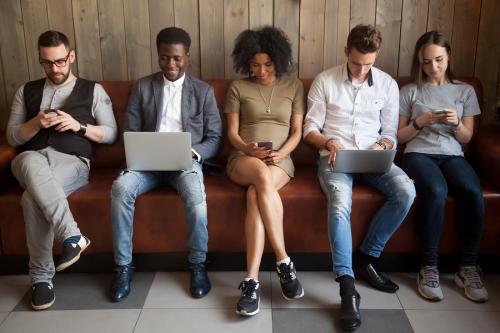 3G, 4G, 4G LTE and 5G VoLTE are frequently used terms associated with smartphones, but what does it all mean?  First, let’s clarify what the “G” stands for.  It simply represents which “Generation” the technology is on.  1G used analog technology in the ‘80’s; 2G used digital in the ‘90’s; and everything after that relies on signals that move from phone tower to phone tower over radio signals.

LTE stands for Long Term Evolution, and is associated with the 4G and 5G wireless communications standard designed to provide higher speeds than the 3G networks for mobile devices, such as smartphones, tablets, and wireless hotspots.

As if these designations were not complicated enough, there is the newest, VoLTE, which is the acronym for Voice over Long Term Evolution.  It is a service only provided over 4G and 5G LTE devices that are compatible to VoLTE.  With VoLTE, voice is sent over “packet switching”; and call quality, volume, and data speed are improved considerably.

Which products and services they impact

The technology refers to and requires upgrades to both the smart mobile device’s processor and the phone carriers’ networks.

Versions of 3G-5G LTE are usually part of a wireless data plan or cloud management service.  Carriers will typically sell this data service with smartphones and other mobile communication devices as part of a bundle (as is the case with Verizon and AT&T).  Sellers will also provide the hardware alone in partnership with data carriers (with companies like SonicWall and Cradlepoint).

The move to 5G LTE technology doesn’t only affect speed and quality of voice and data, however; it makes it possible to move large amounts of data across the network in order to remotely control functions, such as self-driving cars and large industrial machines.  Also, rather than be designed just for smartphone usage, expands service to Internet-of-things (IoT) devices, such as Smarthome appliances.

How they affect internet speed

Tech writers claim that 4G devices and service speed commitments are unreliable when compared to the 3G and straight 4G products, but when you reach the 4G LTE, there is a significant increase in speed.  This has the most notable impact on the upload speeds of photos and video.

What to expect in the near future

5G VoLTE phones (with their respective networks) are expected to come out in the first half of next year, 2019.

Meanwhile, some 3G and 4G phones that don’t support VoLTE will be phased out, including the iPhone 5S!  Right now, Verizon is “no longer allowing devices that are not 4G LTE capable with VoLTE to be activated” on their network.  If you currently have one of these non-VoLTE compatible phones, they will still support you, but only until the end of 2019.

GTB provides free assessments of companies’ unified communications systems to see if we can save you money and/or provide you with higher speed internet or fiber in your building.  For the past 25 years, GTB has provided a variety of High Speed Internet Service, including Fixed Wireless and Wi-Fi (with Internet Security) and managed Business Phone Solutions.  Headquartered in Baltimore, MD, we provide local customer care to companies in Maryland, DC and Northern VA. Rather than find multiple providers for each service, we also make acquiring and managing these services easier by providing a “one- stop- shop” experience.  Learn more about our High Speed Internet Service.

Related Articles: How to Get Fiber in Your Building, How to Test Your Internet Speed and Know Which Speed You Need, and Why Shop Local for High Speed Internet Access.