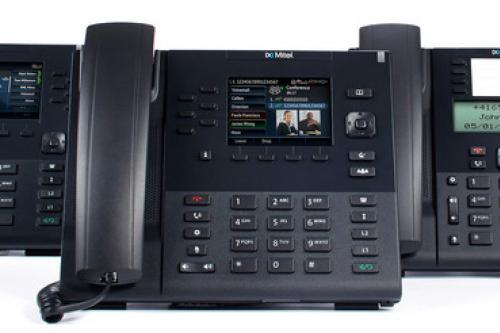 Voice over IP services are growing rapidly all over the world. Today, almost every type of voice service contains Internet protocol transmissions used by the individual phone or routed through a mediation device to connect to (outdated) legacy phone systems over analog lines.  Infonetics research “expects continued strong worldwide growth for the cloud PBX and UC (Unified Communications) market over the next 5 years, projecting it will reach $12 billion in 2018 with 62.6 million seats in service.”

Managed voice is defined as a service which is provided over a direct connection between the customer premise and the carrier’s private network. Because the managed circuit runs on a private network, it can be enhanced to provide the highest voice quality.

In comparison, unmanaged voice is defined as a voice service that is provided over a public Internet connection sold by a third party.  In the early days of the Internet, the connection speeds were slow and unstable, and resulted in degraded voice quality and call disconnects. Because of these problems, only single voice lines were used over the Internet and most users were residential. Since then, the technology has become more sophisticated and the quality and speed of the Internet connections have improved.  This has resulted in an increased number of commercial Voice over IP users.

Making the choice that’s right for you

Unmanaged service is popular among small business customers using hosted PBX who do not have access to their carrier’s network or prefer to save money using their voice service over an Internet connection. Though the audio quality for those customers is generally reasonable, the quality level degrades as the number of users grows.  If a company has more than 10 employees, it’s more effective to utilize a managed service, since voice is given a high priority and quality of service.

Business locations that can connect to the GTB network

The GTB network is based on Maryland nodes located in the cities of Baltimore, Towson, Owings Mills, Columbia, Rockville, Laurel, Chevy Chase, Gaithersburg, Westminster, Essex, Timonium and Hunt Valley. Businesses can connect directly to these nodes to obtain a wide variety of telecom products.

How can GTB help?

In order to enhance the voice experience of our customers, GTB has built a privately managed network throughout the state of Maryland that provides businesses in Maryland, DC and Northern Virginia phone services, high quality voice, high speed Internet connections, network management and IT support.

Get your free assessment here or by emailing Dave Butler at david.butler@gtb.net.